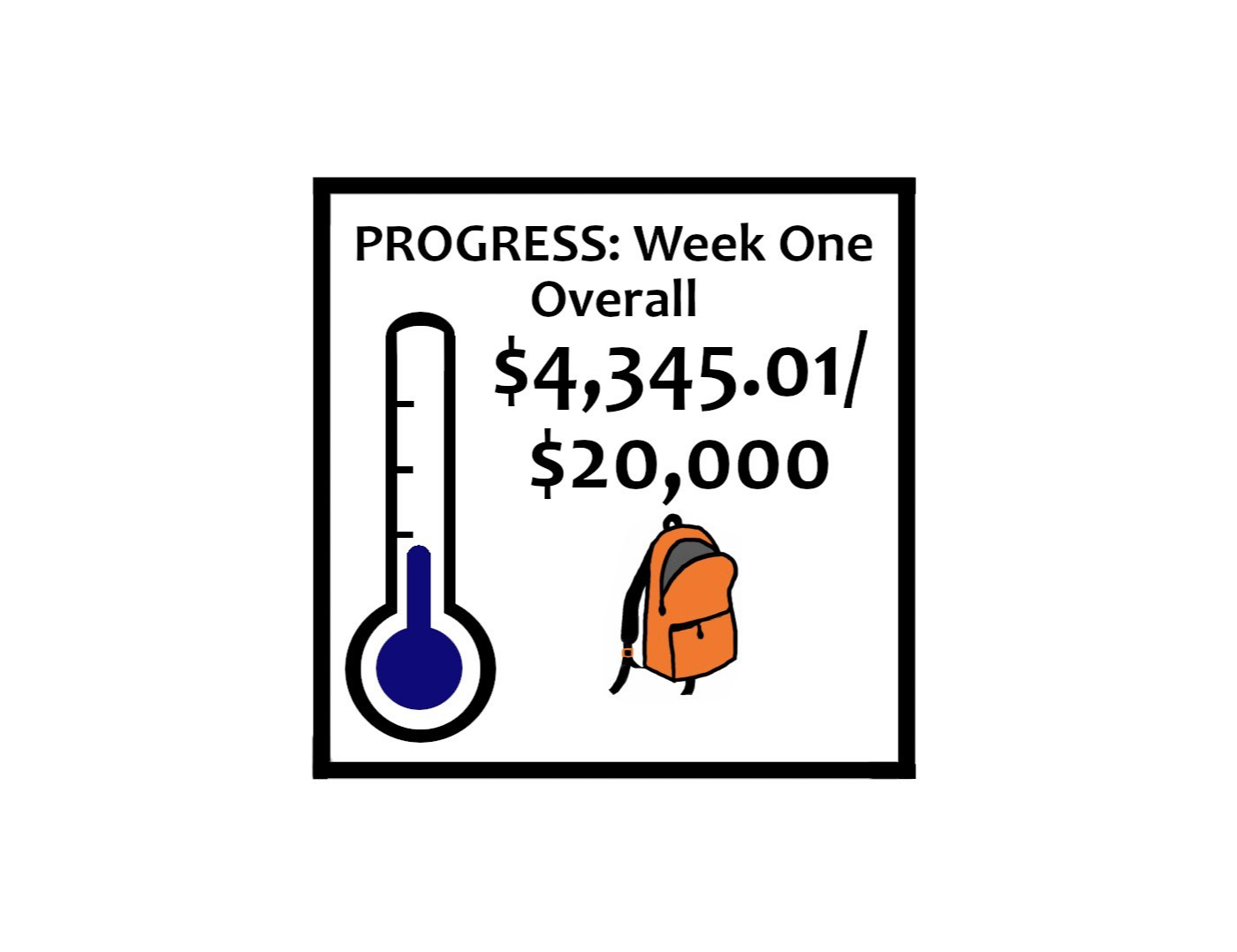 In a world with an ever-increasing presence on social media, many people and companies have to rely on luck in order to make it big. There’s no formula for going viral, so attention for a business can only really come from investments towards things like a strong advertising base.

Or so we thought.

The Backpack Fund is a charity organization that just started a couple weeks ago. We have big dreams: Create a $1,000 scholarship and raise $20,000 for school supplies. With the charity starting so close to the back-to-school season, they were left with only three weeks to raise all of that money, and no sense of exposure or community awareness. However, all of that changed very quickly. Despite starting our first week with around 30 followers on all different platforms, the newest charity organization in Lake County (Ohio) stands currently at almost $5,000 at the end of its first week. While only officially becoming a company a few weeks beforehand, how did our organization have such a successful launch?

The answer: sheer dedication. And not just from the board of directors, although that certainly helped. Efforts were made by all four executives at the company to reach out to anyone that could potentially be interested in the missions of The Backpack Fund. Matt Parsons, the President of the charity, gave a few words about the dedication: “When we were looking into starting The Backpack Fund, one piece of advice I received was that it would be a full time job. This was certainly true. Our team has put in a lot of work over the last three weeks to get where we are today. A month ago The Backpack Fund was only a dream.”

And it’s kept feeling like a dream since. Four college students working day in and day out to accomplish things not many people really think is possible: to raise $20,000 for elementary school supplies and provide a $1,000 scholarship for students moving to college in less that a month! It requires a lot of work, but the four of us are motivated by a common goal: To inspire a generation, and let them know that if they put their mind to it, they can accomplish anything and do whatever they want to do.

However, four college students don’t have five thousand dollars lying around that they can donate. Most of the credit actually goes to the community, the over 40 unique donors that have provided beyond expectations. Through sharing posts and the messages of The Backpack Fund with others, the social media presence of the organization has almost tripled! It seems safe to say that The Backpack Fund can do a lot with the help of its community, and the board knows what it’s gonna take to go the rest of the way.

Parsons elaborated on the next steps for The Backpack Fund and what direction he wants the charity to go in the next upcoming weeks. “Going forward The Backpack Fund is planning on announcing the distribution plans for the school supplies soon! We're also looking to partner with local businesses because they're an important part of the Riverside community. The goal of the project was to be a central point to organize an effort for the community to support each other. We are going to continue that by partnering with more local businesses and organizations.”