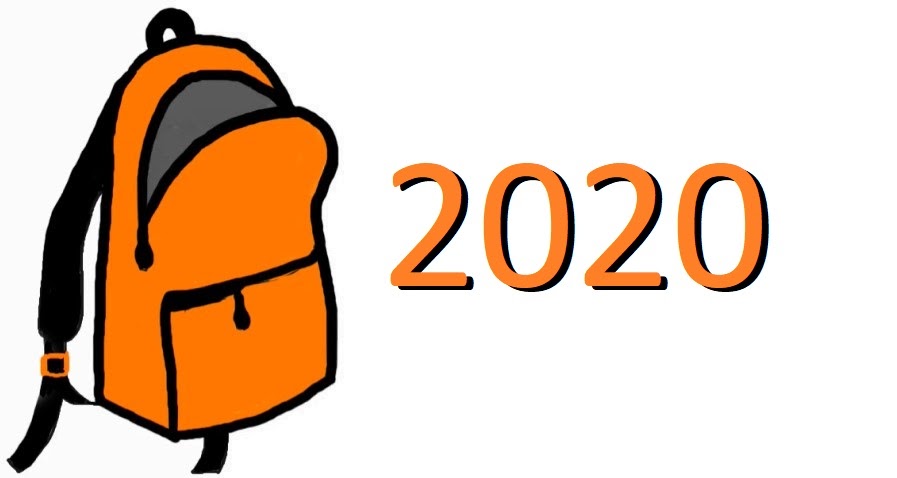 The following article was written by Nick Kerver. He graduated from Riverside in 2017 and now attends the University of Dayton.

In just its first year, The Backpack Fund distributed over 500 backpacks to students in the Riverside Local  School District and across Lake County, easing psychological burdens on the students and schools while  making them feel a part of the community.

In addition to giving away backpacks to kids, The Backpack Fund offered a $1,000 scholarship to a  Riverside High School senior. The Emily Ringler Memorial Scholarship was created in honor of Emily  Ringler, a 2017 Riverside graduate who died of bone marrow cancer last year. This year’s winner was  Olivia Sutter, a freshman at Cleveland State University studying chemical engineering.

Sutter said she was able to buy her books and an iPad to take notes for her classes with the scholarship.  She said that the scholarship will allow more graduates from Riverside to be able to go to college.

To better plan and implement their efforts in 2021, The Backpack Fund would like to raise $1,000 by the  end of this year. Parsons said he wants the fund to raise $10,000 by August, and more donations can  further expand its outreach. He said more funds will allow more backpacks to be given away, and the  scholarship can increase in either dollar amount or number of scholarships given away.

The Backpack Fund’s efforts this year were done in only about two-month’s time. However, the impact  proved significant for many students in the community.

Melissa Mlakar, director of curriculum for Riverside Schools, and Parsons said 224 backpacks were given  directly to students in the community and 300 more were dispersed among Riverside’s six schools. Every  student who wanted a backpack received one.

“We had a no-questions asked approach to allow people to evaluate their own level of need,” Parsons  said. “People aren’t always proud to admit they need help.”

Riverside’s student body is diverse, reflecting the diversity of Painesville and Lake County. Many  students are Latino and do not speak English as their first language.

Kathleen Janesh teaches English as a second language (ESL) at Riverside High School. When she found  out bookbags and supplies would be given away for free, she made sure to inform students and their  families about the event. Many of her students received bags and supplies.

Janesh said the students felt welcomed by the community thanks to the contributions to the fund. She  also said Painesville and Riverside Local Schools have always been welcoming to all students, especially  immigrants.

One of the reasons students do not have supplies is low socio-economic status. Mlakar said schools bear  responsibility for students having supplies. When students are unable to get supplies, that responsibility  brings a burden upon the teachers and administrators.

“We wouldn’t allow a student not to have supplies,” she said. “Teachers buy supplies on their own and  principals keep supplies at the elementary school.”

Mlakar and Nick Fitzgerald, a 2016 Riverside graduate who volunteered for the fund, said that not having supplies bears a psychological burden on students. Students can be looked down on by their  peers if they do not have supplies, which Fitzgerald said is like a competition.

“If you’re a student that doesn’t have [supplies] on the first day you look different,” Mlakar said.

In an anonymous Google Form sent out by Janesh to her ESL students, several students expressed their  gratitude for the fund.

One student said it means a lot that the fund was started by former Riverside graduates.

“Receiving help from someone who was part of your school is always great,” the student said. “It makes  you want to help others too.”

Another student felt the impact on families with low socio-economic status.

“It meant a lot because some people don’t have the money,” the student said.

The students want the fund to continue giving away supplies.

“I would very much appreciate [to continue] receiving school supplies,” one student said. “It would  make it easier to get through the school year.”

The Backpack Fund’s impact on the community happened thanks to the work of both leadership and  volunteers, who got involved in the fund from their passion for helping others.

The leadership and volunteers for the fund felt the impact on the community, but the fund has impacted  them as well.

Parsons, a junior at The Ohio State University, has been involved in community service throughout  college. He said that he had a few different reasons for coming up with the fund, including the support  he has received through scholarships he has won. He came up with the scholarship first but was also  inspired to give away backpacks based on the work of NBA player Isaiah Thomas.

“We were going to do the scholarship even if we raised zero dollars,” he said.

Parsons was assisted by Caleb Valko, Charlie Ringler, and Noah Levy. All four graduated from Riverside in  2018. Ringler is the brother of Emily, who’s named is memorialized in the scholarship.

Fitzgerald was one of a few volunteers who helped with the publicity and operations of the fund.

Upon hearing about the fund through social media, Fitzgerald reached out to volunteer and was inspired  by Parsons’ work based on his own experience with helping kids’ education. The fund was important to  him because of both personal experience and seeing others in the community struggle.

“You don’t really know who needs help unless they directly tell you,” Fitzgerald said. “Everybody should  go out of their way once in a while to do something nice for somebody else.”

During his time in college, Fitzgerald worked to improve education for kids in the community. Fitzgerald  donated supplies through volunteering with the Lake Erie College football team, where he was a player.  After transferring to Kent State University to complete his education, Fitzgerald used his own money to  buy supplies for kids.

Fitzgerald plans to remain involved in the fund. He plans to use $1,000 from his salary to fund the  scholarship next year, allowing the fund to focus strictly on raising money for and implementing giving  away the backpacks and supplies.

Parsons emphasized the non-profit nature of The Backpack Fund, noting that the leadership and  volunteers simply wanted to make an impact.

“We don’t make a salary [from the fund],” Parsons said.

Fitzgerald also said the fund’s benefits are all for the kids.

“We don’t get anything beneficial besides the thank you’s,” Fitzgerald said.

Mlakar said that the fund’s efforts being done by graduates of Riverside is the best aspect of the fund.

“It makes me so proud when Riverside kids go on to do great things,” Mlakar said. “But to do great  things where they pay it back to the community is simply phenomenal.”